The Rev’d Canon Dr Philip Raymont is Priest-in-Charge of the Parishes of Beverley-Brookton, Quairading and York.  He took up this appointment as of the 1st August, 2021 having been for twelve years the Senior Chaplain & Head, Religion, Philosophy & Ethics at Guildford Grammar School.  In September, 2000, after ten years as a Deputy Head and Head of residential colleges in Australian universities, and having recently completed a First Class Honours Master of Education degree at the University of Melbourne, he left Australia to commence a doctorate at the University of Cambridge.  His research continued his interest in the relationship between the Church and State in university education in Australia, by undertaking the first significant study of the foundations of the civic universities in England in the late nineteenth and early twentieth centuries with particular reference to the place of “residence” and the relationship of churches to these civic universities.

Having completed his doctorate Philip acted as Chaplain of Selwyn College at the University while being a lecturer in the Faculty of Education.  In 2007 he was appointed Senior Tutor and Fellow at Hughes Hall, the oldest of the postgraduate and mature aged undergraduate colleges within the university. He was honoured to be elected a Quondam Fellow, Hughes Hall, on his departure from Cambridge.

As well as being Chair of the Board, he is also Chair, Archbishop’s Examining Chaplains’ Committee, and a Clerical Canon of St George’s Cathedral, Perth.

Kate Wilmot was born in Darwin and brought up in Clackline, Western Australia, where she attended Northam Senior High School.  She completed a Bachelor of Arts with Honours in English at the University of Western Australia in 1991.

In 1999, she was awarded a Bachelor of Divinity from Murdoch University with Honours in Systematic Theology.  Made Deacon in 1999, Kate completed a curacy in the Parish of Northam and was ordained Priest in February 2000.

She has since served as Priest-in-Charge of the Parish of Ballajura from 2001-2009 and Rector of the Parish of Bayswater from 2009-2015.  Kate was a Canon of St George’s Cathedral from 2008-2015.  In 2004, Kate joined the Australian Army as a Reserve Chaplain and is currently the Coordinating Chaplain of 13 Brigade.  On 6 August 2015 Kate was consecrated as Assistant Bishop of Perth.

Kate lives in the outer suburbs of Perth where she indulges her interest in poetry and enjoys walking her rescue dog through local bushland.

Mandy Herriman worked as a Registered Nurse, primarily at PMH before becoming a Primary Music Specialist Teacher in 2001. She was ordained Deacon in August 2006.

Mandy works 4 days a week at Poynter Primary School as a music teacher and 1 day a week in the Parish of Kingsley North/Woodvale in a stipended capacity.

Mandy is the Archdeacon of the Household of Deacons and the President of the Australian Anglican Diaconal Association.

Ric Barrett-Lennard grew up on a farm north-west of Wongan Hills (WA) and later attended Guildford Grammar School. Ric felt a call to ordained ministry at age 18. He trained in a theological College in the UK and was ordained deacon and priest in 1978, undertaking the Wollaston Deacon Intern Programme during that year.

He did a curacy in Fremantle Parish, was Rector of Bruce Rock-Narembeen, Anglican Chaplain at Murdoch University and Rector of Murdoch-Winthrop Parish, Rector of Northam and variously Archdeacon of the Goldfields and Avon and was Rector of Bicton-Attadale Parish until his retirement in 2017.

Ric has also taught on and off in the Theology programme at Murdoch University for thirty years. He is married to Julie and has two sons. 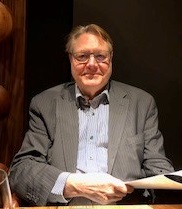 Anne is an academic with over twenty-five years’ experience in higher education. She lectured at Edith Cowan University in the fields of Religious Studies and Sociology and then joined the School of Business and Law as a Project and Research Manager. In 2016, she was employed by Wollaston Theological College to develop and implement The Wollaston Certificate In Theology and assist with other programs.

Joan Squelch is a Professor in the School of Law and Business at The University of Notre Dame Australia (Fremantle Campus). Joan currently teaches Constitutional Law and Legal History.

Joan held the position of Dean of Law from November 2017 to February 2021 and was Assistant Dean of Teaching & Learning between 2014 and 2016.Joan has served as a Commissioner on the Catholic Education Commission of Western Australia and as a Board Member of the Perth College Anglican School for Girls.

Joan began her career teaching in schools in South Africa and Botswana. She then lectured undergraduate and postgraduate courses in educational management, law and policy at the University of South Africa, Pretoria and Rand Afrikaans University, Johannesburg. Joan immigrated to Perth from South Africa in 2002 with her husband Andrew.

Brad is currently Deputy Principal/Head of Senior School at Guildford Grammar School, an institution he has worked in for a number of years as a teacher and also residential co-ordinator, and where he has the privilege of being actively involved in worship in the stunning Chapel of St Mary & St George.

Brad has an interest and passion in assisting activities of the Diocese in matters of education, youth and social justice due to his experience in working with young people in educational settings. He also has a keen interest in matters related to the environment and sustainability, which have been encouraged through his post-graduate MBA studies, while his upbringing in the wheatbelt town of Wyalkatchem in rural Western Australia drives an interest in rural engagement and provisions of services to these areas.

Julie has a long-term interest in the incorporation of young people within the life of the Perth Diocese and in exploring ways of nurturing future lay and ordained leaders within the parochial system. She has a strong interest in social sustainability, particularly at the level of community and community organisations, and hopes to continue further studies in this field.

As a layperson, Julie has served the Diocese of Perth in various roles including the Anglican Children and Youth Ministry Commission and the former Board of Theological Studies at Wollaston, and has been an active member of Synod. She is a secondary school teacher in the public school sector and has previously worked a podiatrist and later in the political sphere. 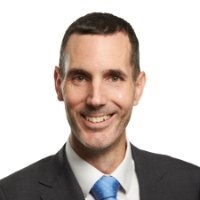 Mr Bryan Cooke
B Com, CA
Bryan graduated in commerce from Curtin University.  He is a chartered accountant with over twenty years experience consulting on a range of taxation and remuneration related matters.  Bryan specializes in employment taxes and employee incentive design and planning.